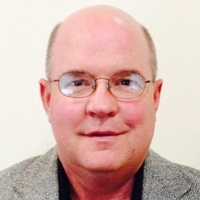 Peter is an Insurance and Income Specialist concentrating on making sure that individuals both young and mature, will get comfortably to their retirement. Peter is a graduate of the University of South Carolina where he received a BS Degree in Marketing and Economics, and later an MBA in Finance and Economics.

Peter’s experience includes a position in the Investment Division of First National Bank of South Carolina which is now a part of the Wells Fargo Family of Companies. He was responsible for the short-term portfolio where he managed over $400 billion during some of the most tumultuous times in monetary history.

After his experience in banking, he was the Director of Marketing for Financial Services for BellSouth Corporation where he was responsible for a revenue stream of $4.6 billion dollars.

After BellSouth Peter founded The Solutions Group, LLC where he built, managed and grew a local telephone company for the City of Marietta, Georgia, called Marietta FiberNet, which was absorbed by American FiberNet in 2003.

From consulting in the Telecommunications industry, Peter moved into financial services, in that his experience in banking and running a small company brought a unique combination of skills, which could be useful to others, especially as they relate to risk mitigation, wealth accumulation and income planning.

Peter has two children, Michael, a fireman and first responder in St. Augustine, Florida and a daughter, Alicia who lives in Atlanta, Georgia. Peter is an active member of St. Peter’s Church in Columbia, SC and St. Mary’s Church in Aiken, SC